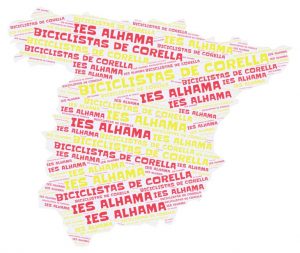 IES Alhama is a Secondary school, including post-16 education, with 465 students currently enrolled. Its staff consists of 67 employees (56 teachers, 5 cleaning workers, 3 caretakers, 2 secretaries, and 1 janitor). It is situated in Corella, a town with a population of 8,000 in the south of Navarra, a region in northern Spain.

There are bilingual sections for both French and English, as well as a programme in cooperation with the Official Language School, which allows the most motivated students in foreign languages to receive a B1 and B2 qualification in English and a B1 qualification in French. Besides, the school has been and is currently involved in student exchange and immersion programmes with other countries ( France, the UK and Slovakia) and has taken part in Erasmus+ KA1 and Erasmus+ KA2 projects in other European countries such as France, Italy, Portugal, Turkey, Poland, Slovakia, Scotland, Ireland, the UK and Finland.

The attention to diversity given to students with learning difficulties is also highlighted in our educational approach, grouping them in small classes and adapting their curriculums when it is necessary. Likewise, it’s necessary to highlight the effort that is being undertaken in the school to help the students to prepare for the working world, carrying out projects aimed at improving the social skills for them to be better citizens: putting together the school magazine, getting involved in charity events, participating in the eco-friendly projects, organising extra-curricular activities and celebrating significant dates.

KEY TEACHERS INVOLVED IN THE PROJECT:

Rocío Mancebo is an English teacher in Alhama High School. She has been the coordinator of several KA1 Erasmus+ projects and has participated in numerous exchanges, job-shadowing projects (last one in April 2017, Finland) and other school projects.

Olga Blanco is a Spanish Language teacher who has coordinated countless projects in our school. She´s currently involved in a KA1 Erasmus+ project that is enabling her to teach in Italy and Portugal.

Susana Catalán is an English teacher in Alhama High School. She has participated in two KA1 Erasmus+ projects, a Comenius project (“A Greener World”, 2013-2015),  numerous exchanges, job-shadowing projects (last one in April 2017, Finland) and other school projects.

María José Castrillo is a Math teacher in Alhama High School. She has participated in one KA1 Erasmus+ project, a Comenius project (“A Greener World”, 2013-2015),  some exchanges and immersion trips and other school 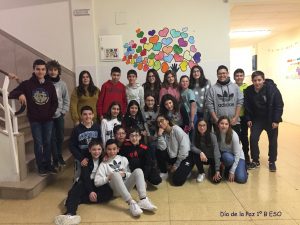 Toño Peña is a PE teacher (in English and Spanish) in Alhama High School. He has participated in several KA1 Erasmus+ projects, numerous exchanges, job-shadowing projects (Vancouver, Canada) and other school projects. He coordinated a Comenius project (“Greener World”, 2013-2015).  He has implemented countless school projects and initiatives related to sustainable mobility and social inclusion: cycling promotion campaigns, environmental workshops, fundraisers, excursions… He is the coordinator of the current project.

Pilar Sánchez is the school’s secretary. She studied Economics and she´s an extremely talented and well-organized teacher. We can not think of a more helpful and suitable person to manage the project, especially everything related to the funding and administration.