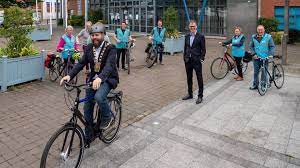 By Damien O’Tuama South Dublin’s Mayor Peter Kavanagh was presented with his official bicycle by Dublin Cycling Campaign at a special handover ceremony at the Clondalkin Civic Offices on Wednesday morning. The Mayor’s bicycle was handed over by the outgoing Mayor, Ed O’Brien, in what is hoped will become an annual tradition. The Mayor’s bicycle was […] 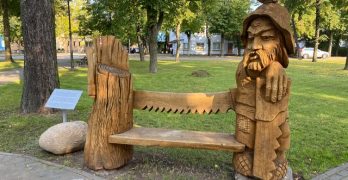 By Alicia Díez Hello everyone! I am Alicia Díez, a Spanish student who’s actually studying a biotechnology bachelor here, in Lithuania. Almost 3 years ago I took part in the first Erasmus international meeting in Spain and it was then when I decided I wanted to study in another country.   Currently, I live in Kaunas, […]